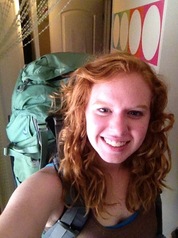 Emily Brantner (M.S. 2015)
I’ve always enjoyed communing with nature, which led me down the path towards a career in Biology.  While studying Biology at Messiah College, I took an animal behavior course that was taught by a tropical herpetologist and I fell in love with both frogs and the tropics.  Since then, I have graduated with my bachelor’s in Biology, I have worked on an orchid farm while swabbing amphibians for chytrid fungus in Panama, and I spent a summer as a field technician working on the reintroduction of the Wyoming toad in Laramie, Wyoming.

As a Master's student at Florida International University, I worked on an analysis of critical habitat designations under the Endangered Species Act, specifically to what extent the current set of species with critical habitats represents the phylogenetic diversity of listed species as a whole.

After graduating in fall 2015 Emily starting working for the U.S. EPA's Office of the Science Advisor as a Scientific Integrity Outreach Support Associate in 2016. 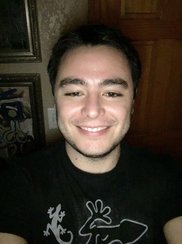 Gabriel de la Iglesia (B.Sc. 2015)
​Initially captivated by anything that scurried by during my many adventures as a young naturalist in Puerto Rico, my interest in birds truly blossomed during my last years as an undergraduate at Florida International University (FIU). I performed surveys examining the window collision rates suffered by migratory birds, based upon characteristics of the study buildings on the FIU campus. Although this multi-year study forced me to face the scale of the destruction, it also helped me realize how fascinating and beautiful birds are. Now I strive to mitigate any negative effects urbanization imposes on birds, in order to ensure that iconic and beautiful songbirds persist well into the future.

After graduating from FIU in 2015 with my Bachelor of Science in Biology (B.Sc.), I started working on my Master of Science in Biology at Western Carolina University (WCU). I am currently focusing my efforts on understanding the fitness consequences incurred upon Eastern Bluebird (Sialia sialis) nestlings that hatch in disturbed, urban areas. As the world’s human population continues to increase and human development follows in tandem, so do habitat fragmentation and environmental degradation. Therefore, I want my research to help implementation of successful conservation measures in the future.